Seems like all of the out of owners and the people who visit DC once or twice a year have this strange idea that the Metro is efficient and a great example of public transportation that actually works. What?! How can people who take the Metro once or twice a year possibly make this call? Probably because they only take the Metro during nonpeak hours in the afternoon when everyone is at work, so it seems great. Hey, look there is a subway that can take me anywhere around the mall that I want to go—and there’s hardly anyone on it! (Yeah try and take an Orange Line train at 5:30.) Combine this with the fact that tourists don’t actually have any time constraints. They can show up wherever whenever they want to. I mean, the museums are pretty much open all day long and no tourist is getting up at six a.m. to go to the American History. 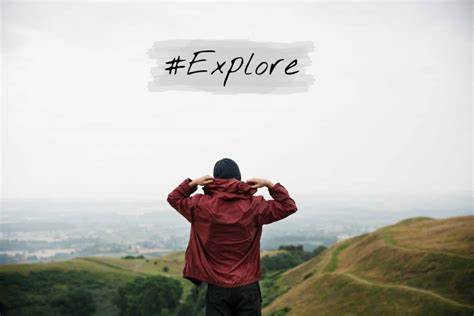 The real story of the DC Metro is much different. The constant track work. The nonstop increasing of price. And the lateness. The constant lateness! And how can the escalators always be out? I mean, always! And no, broken escalators do not turn into stairs at the Metro. They get shut down and roped off so no one can use them. How anyone hails it as a work of public transportation getting it right is beyond me.

But with the power of social media we can help to improve the Metro in all of its non-glory and perhaps make it a tolerable experience. In fact, people are already trying little by little to do this in the DC area. Social media is a powerful tool and it should not only be used for ganhar dinheiro instagram but also to help out to the community.

One of the best public displays of this is the twitter account “Unsuck DC Metro.” The account is basically an aggregator of all of people’s complaints/compliments (when there are some) of the DC Metro. They describe themselves as having a love/hate relationship with the metro, so they are clearly torn on it. They want to love it, but it is just so bad! Don’t we all want to love the Metro? We keep giving it a chance, but it just lets us down—every time.

What people can do with the power of social media is bring problems like these to the forefront and expose them to everyone. Oftentimes these problems are highlighted in such a way that it actually embarrasses the transit authority and sometimes changes are finally made. Will it ever be a pleasurable experience to ride on the Metro? Probably not, but what is life without a little bit of hope?

Some good things are happening on the Metro, however. The long awaited Silver Line has finally opened up and is now taking passengers on a select few stops. The Silver Line has also relieved some of the crowding on Orange Line trains, which at some times looked like a Chinese train station where people were getting pushed into the cars like cattle. Yes, our little Metro is improving slowly but surely, and soon enough maybe we’ll get that time thing figure out.

Written By
Brandon
More from Brandon
Do you know you are one of the wealthiest people in the...
Read More