The Fight: Lights Out is PlayStation 3 exclusive game. It is a PlayStation Move enabled game. Its original release date was November 9, 2010. You can do single player, split screen multiplayer, or fight against someone online. The game does require two motion controllers per player.

The game starts out with a tutorial, done by Danny Trejo. Some of the tutorials seemed a little over the top. He is trying to be a “tough guy” though. A few of the moves were a little difficult to do correctly. I’m not sure if that is because of the move controllers or the camera not picking up what I was doing. Calibrating is pretty quick and easy, although you do have to do it before every fight or training session. I haven’t been able to get the camera to do head tracking correctly. So, I always just leave head tracking off. My lighting is always excellent.

You get to create your character. You set his height, weight, body type, etc. After you start getting into the actual fights, you are then able to unlock other things to further customize your character. You also unlock other moves that you can do in fights like a headbutt, elbow strikes, or grabbing your opponent and punching them in the face. These are considered “dirty” moves.

When you start fighting in single player mode, the tournaments are in a pyramid. You have to fight your way to the top in each venue. There are 12 venues to fight in and 10 fights per venue. By “nailing” each fight you unlock all of the items for that particular fight. You can do clean fights or fight dirty. You also earn cash in the fights so you can heal your character or train him some more. Training session include: sparring, heavy bag, speed bag, target practice, and endurance training. The training session is how you increase your characters overall stats.

The fitness report, tells you how many calories you burned in your session, what you average per session and your overall calories burned. The Fights does have fitness mini games that you can purchase from the PlayStation Store. I have not bought them and probably won’t.

Overall, The Fight: Lights Out is fun to play. The fights are a little repetitive but I still enjoy playing. However, it’s not a game that I play for hours on end. After the first few times I played it I was a little sore. I would definitely recommend not over doing it the first few times that you play. Having to calibrate after every fight, tutorial, or session gets a little old. There were some instances where the camera had my hands nowhere near where I was holding them, which made fighting awkward. Recalibrating fixed the issue though. At this point in the games life cycle there doesn’t seem to be much for opponents online, so if you purchase The Fight expect to be doing mostly single player or split screen fights.

I picked the game up for $19.96 from Walmart online. It’s a decent game for the price. If you are looking for a game to burn some calories or just want to fight some people, then this is a good game for you. If you’re looking for online fights or a game that will make you want to play for hours and hours, then I wouldn’t recommend this game. I’m rating this game a five out of 10. 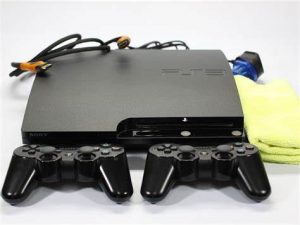 Written By
Brandon
More from Brandon
Youth e-cig use is a concern of prohibitionists who say that more...
Read More