In February of 2006, my husband and I went to St. Petersburg, Florida to celebrate Valentine’s Day. We had planned everything out well ahead of time, with the intention of having the best vacation ever. It was only to be a long weekend, but we had high hopes. Unfortunately, that wasn’t to be the case. Everything you could think of went wrong. We should have stayed home.

To begin the trip, our flight was delayed over 10 hours. We should have flown out of Midway Airport in Chicago about 1pm, landing in Tampa at 4:30pm. Instead, our flight was postponed due to weather. We were now to depart about 4pm. OK, no big deal. We ate a little lunch, had a few drinks in the bar, and before you know it, it was time to board the plane. 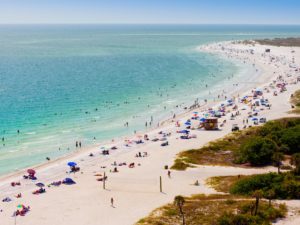 We boarded, and then taxied out to the run way, where we sat, and sat, and sat. After 2 hours, the pilot came over the intercom, and told us his time had expired, and we had to go back to the gate. Are you kidding? Nope, he wasn’t. The flight was in need of a new pilot. We sat at the gate for another 2 hours, tired, hungry, and frustrated. Mind you, I had coughing, smoker, hacking guy next to me. When I told him I had a headache, he offered me 2 Tylenol that he pulled from his back pocket. I politely refused. Can you blame me? They weren’t even wrapped. Thank God the flight attendant had some. My head was pounding.

We were allowed to leave the plane at this time to get food. It was now about 8pm. My husband ran to McDonald’s to grab us dinner. When he sat back down on the plane, and opened the bag, he noticed that we were only given half of our order,1 cheeseburger and 1 French fry. We had to share, and we were starving. We should have been in Florida eating a great, homemade, Italian dinner.

Shortly after eating our shared dinner, the pilot came over the intercom again. He told us his copilot’s time had expired as well – I could only shake my head at this point. But, a new copilot was currently running down the concourse to meet our plane at this very moment. Whew, what a relief! It was now 9pm. 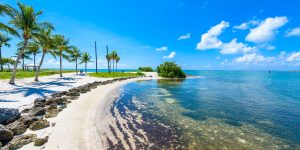 We finally took off at 9:30pm. We were to land in Tampa at 1am. We called my husband’s parents to tell them to meet us at the airport then – We left a message, because no one answered the phone. We landed, and no sign of the in laws. They never checked their messages, and thought we weren’t coming. We waited another half hour for them to show up.

Exhausted, all we could do was climb into bed once we arrived at my in law’s house. We thought we’d have a good night’s sleep, then off to the beach in the morning. It was suppose to be a beautiful day. Sadly, that wasn’t to be the case. We both ended up with the flu. We were stuck in bed, at the in laws, trying to re coop, so we could fly back home.

The only upside to this whole disaster, was that the airline gave us free flight vouchers to use any time we wanted for our inconvenience. We flew back to Tampa in June, and had a wonderful 10 day vacation on the beach.

Written By
Brandon
More from Brandon
Travelling has become enjoyment for many and people are willing to try...
Read More